As a Sarawakian food blogger, I will not do justice to Sarawak if I do not blog this rather uniquely Sarawak cuisine., Kacangma or motherwort chicken. This is a famous Chinese Hakka confinement food, meaning food specially cooked for a lady after delivery of a baby.  Chinese believed that ladies’ body is weak after delivering a baby, therefore, there is a need to replenish the body’s nutrition. The food that these ladies have will have different ways of cooking in terms of cooking methods of ingredients.

Sarawak Hakka has long prepared this dish for the confinement ladies. However, it is not popular in West Malaysia and Singapore at all. It is rather unsure the reasons of its lack of popularity in other regions in this part of the world.. But, surprisingly, the Hakka in certain part of People’s Republic of China is preparing this also. Though it is a confinement dish, in Sarawak, it is so popular that it has become a party food. It is well accepted by all age group or sexuality. Man like me, do at times craved for this special cuisine… Ha-ha

However, to cook this dish overseas is not quite possible because there is a need to get hold a special herb called motherwort. This herb had been used by British Midwife to assist in delivery. The herbs, however, are not commonly sold in other parts of the world unless one will have to plant it in its own house. But be careful, the leaves looked like marijuana and you may have a hard time of explaining to the relevant authorities of planting this special plant…

Before my mother in law visited me last week, I have specially requested her to bring me a package of dried motherwort specially to cook this dish and satisfied my cravings in Singapore…There are many ways of cooking, what is illustrated here is how my mother in law prepared the dish.. She had been cooking this for her daughters, friends and family members. Her method is still rather traditional as she do not like the leaves to be blended and prefer to pan fry the leaves rather than oven toasting as I have suggested. This recipe is for confinement ladies, hence no seasoning and water were used in the cooking, only Chinese cooking wine .. Therefore, it is very spicy hot and have a high alcohol content.. After consuming it, it is likely that one will sweat in this hot weather. That is the purpose of cooking in this manner catering for confinement ladies..to chase away the “wind” in the body and to provide heat to the weak body. However, for normal consumption, one can add seasonings such as salt or sugar and replace part of the wine used with water…

As this is a herb, i believed we should have a good understanding of what is the herb before we consumed it. As per Wikipedia:

Motherwort (Leonurus cardiaca) is a herbaceous perennial plant in the mint family, Lamiaceae. Other common names include Throw-wort, Lion’s Ear, and Lion’s Tail. Lion’s Tail also being a common name for Leonotis leonurus, and Lion’s Ear, a common name for Leonotis nepetifolia. Originally from Central Asia and southeastern Europe, it is now found worldwide, spread largely due to its use as a herbal remedy.  Motherwort has a long history of use as a herb in traditional medicine in Central Europe, Asia and North America. Like many other plants, it has been used for a variety of ills. Midwives use it for a variety of purposes, including uterine tonic and prevention of uterine infection in women, hence the name Motherwort. The herb contains the alkaloid leonurine, which is a mild vasodilator and has a relaxing effect on smooth muscles. For this reason, it has long been used as a cardiac tonic, nervine, and an emmenagogue. Among other biochemical constituents, it also contains bitter iridous glycosides, diterpinoids, flavonoids (including rutin and quercetin), tannins, volatile oils, and vitamin A. (http://en.wikipedia.org/wiki/Leonurus_cardiaca) 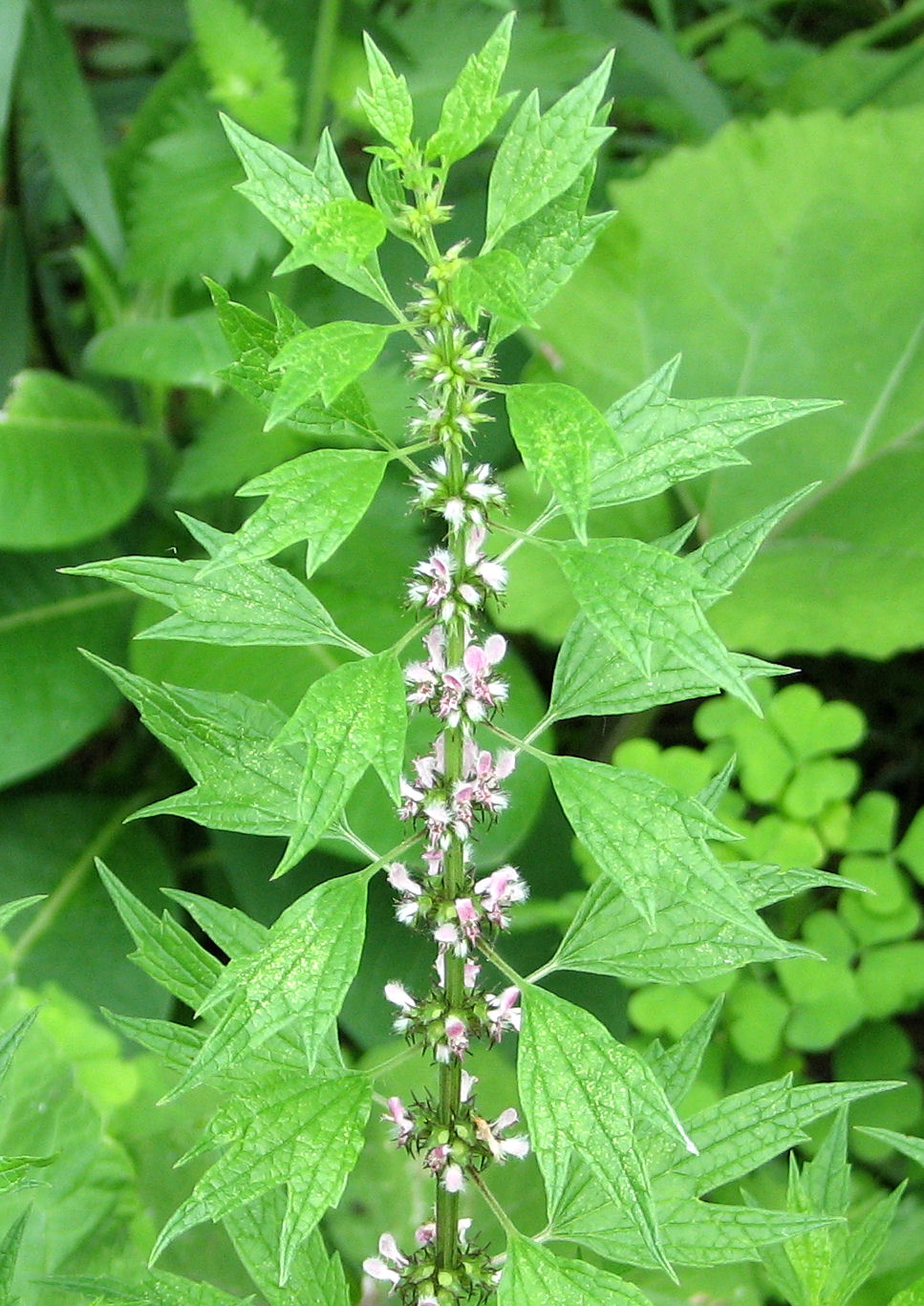 Since this is a Chinese herbs, for the benefit of Chinese readers, i have quoted this from the Chinese  information website. As per Baidu Baike

Frankly speaking, I am issuing as this post in honour of this unique Sarawak cuisines. However, if you can’t get hold of the motherwort, which I presumed most readers will not be able to, just omit the motherwort and you can come out with a delicious ginger chicken wine …. However, I seriously believed that it is not a bad an idea to understand this beneficial herb consumed by confinement ladies in Sarawak , and such benefits are supported by many scientific studies..… As to why it is not popular in other parts of the region, the question remain unanswered. Hope you like the post today. Cheers..