This is a rather common Cantonese dessert in Hong Kong though it was not as popular in Singapore and Malaysia. The picture and the description captured my attention and I have the urge to prepare one to try out myself.  Why I was doing some marketing in supermarket, I saw some coconut being sold, I bought one and decide to give it a try.

This dessert is believed to improve the body complexion. It is flavoured by milk and coconut milk. It is very soothing and especially nice when chilled for serving. 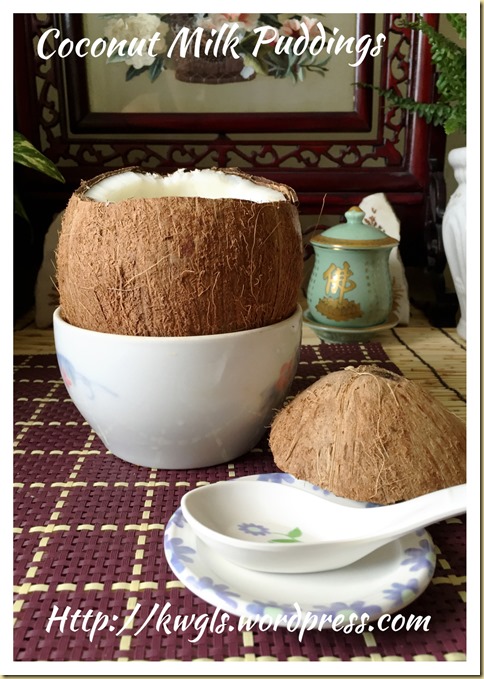 Preparation is not difficult but the only more difficult part is break the coconut shell Well everybody have a first time and I have not done so for donkey years. You may want to ask  the male members in the family to assist you to break the husk. Otherwise, you can just forget about the coconut and steamed using a bowl.

As to whether old coconut or young coconut shall be used, it is up to individual. While the flesh of the coconut can easily be scrap out, however, there is a lack of coconut fragrance. As contrast to old coconut, it flesh is hard but the milk pudding are much more aromatic. After cooking this dish, you can  also use the old coconut flesh to boil some nutritional soup. Since it is a traditional dessert, in my humble opinion, the original version of this dessert shall be old coconut since young coconut is common in recent years.

According to Traditional Chinese Medicine, coconut has the following properties:

According to Traditional Chinese Medicine, milk has the following properties 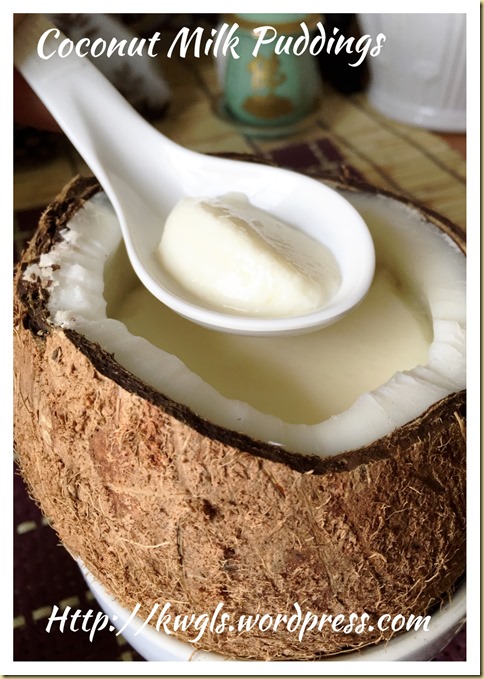 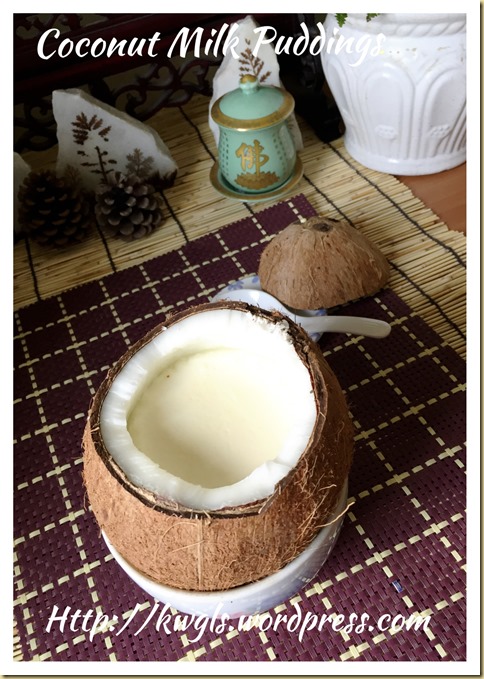 This is the traditional Chinese dessert series, I hope to introduce more of such desserts to our readers. Do not doubt the combination as I will not issue creative recipes for the time being. It has been consumed for many many years for the Cantonese. It is not here does not it is not in existence. Remember that if you do not have the confidence to break a coconut, you can always steam the milk puddings in a bowl. 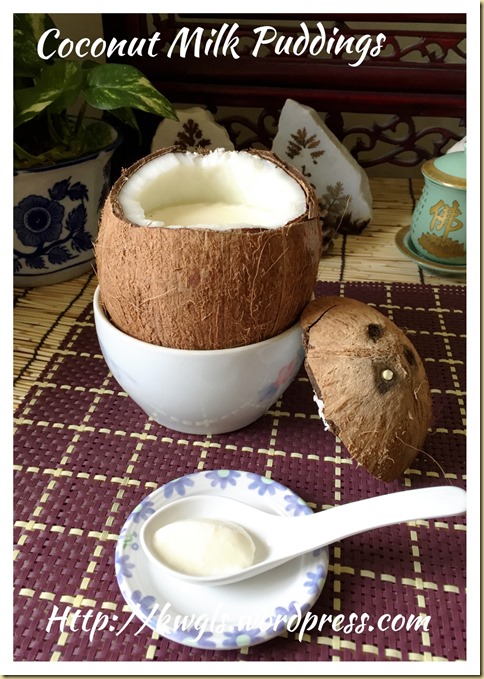 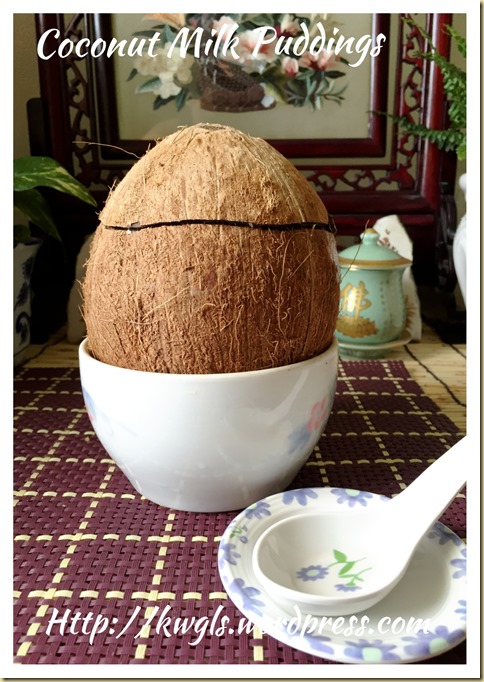