I really loves this dessert.. It is not my creation but a very common dessert in Shanghai and Ningbo. It has a very smooth black sesame filling that will flow out of the tangyuan. In the Ningbo area, it is called 黑羊酥汤圆 （literally translated as the black sheep dumpling). However, I am unsure why the name is used as I cannot trace any literature support for this name. But if you use Hei Yang Su tangyuan in Ningbo, Suzhou and Shanghai area, I am sure many people will know this famous tangyuan.

In Shanghai, this specially tangyuan is served dry and can be coated with peanut or other flour. The name is called Lei Sha Tangyuan (擂沙汤圆) . Lei or 擂 is a Chinese word for grinding and Sha or 沙 means sand. This is because usually the black sesame seeds or even peanuts were pounded or grind in a wooden or concrete mortar until very fine. After cooked the tangyuan was coated with some peanut powder or soya bean powder or sesame powder that have a slightly sandy exterior and hence the name lei sha tangyuan is being called. In contrast of the soupy version of tangyuan, these tangyuan was served dry with coating.

One of the main criteria of this Hei Yang Su tangyuan is that the fillings need to be smooth and ability to flow out when one takes a bite.

In order to make the lava flow effect happen, I am sorry to disappoint many readers that you need to use lard. Lard will solidify well in the fridge. Lard is the traditional taste that blends well with this filling, but if you are against using lard, you can use butter or any fats that can solidify at the fridge. This is extremely important because you need to scope out the filling to facilitate the wrapping. Once it is cooked, the fillings inside will melt and hence create a lava flow effect. It still flows even at room temperature in Singapore and Malaysia. 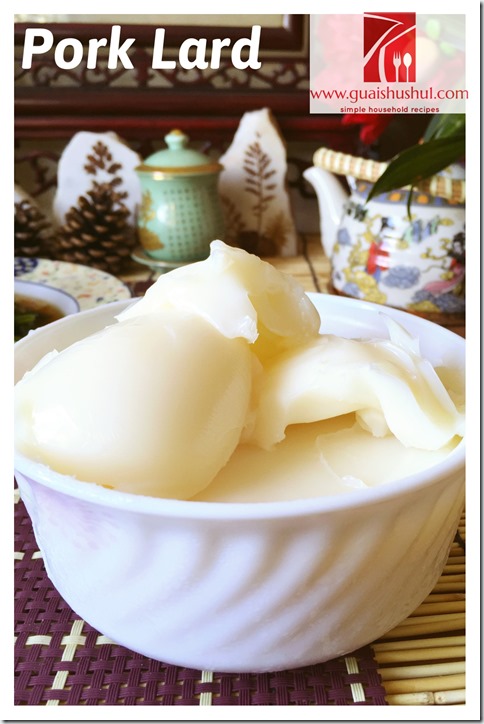 If you are interested in the lard recipe, you can refer to this post: Homemade Lard–Water Boiling Method (水煮猪油）。 In view of the recent trends to use animal lards instead of vegetable oils, I have switched back to using lard for my cooking almost a year ago.  To me lard not only flavours a dish, it can withstand very high temperature and proven to be a healthy oil alternative than cooking oil especially for stir frying. I also used it for many pastry making since it produced crispier result . I am unsure if you can substitute with normal cooking oil, I think that it may not work as if the oil does not solidify at room temperature, how can you shape them?  Even if you are able to shape them, I will think that it will not flow as your black sesame powder will be much more than the oil in order to have the shape.

Servings: About 15 tangyuan but depends on size

** Adding rice flour to the dough will facilitate later shaping but yields a harder texture. Personally, I prefer no rice flour added as it yields softer tangyuans.

Whether or not this filling is nice or not will very much depends on the toasted black sesame seed. I can tell you store bought black sesame powder are not as aromatic as home prepared. If you are against the use of lard, this recipe is not suitable for you but is it not this is only consumed once a year? Lastly, this year winter solstice will fall on 21 December 2016 and are your ready for the festival?